The exact origins of CPT andr3 are unknown. That might be in part because it (we don't know what it is) does not seem to talk. Though it is rumored it occasionally telepathically communicates with decorative plants in the cantina and with the giant worm said to be living in ISD Hammer's trash compactor. Also, it posts random nonsense on the destroyer's subnet Discord.

Actually, it is not even known if andr3 is indeed the captain’s real name or simply some gibberish the 42 standard year old child hammered onto the keyboard when the registration officer demanded: "Enter your name, pilot!"

How such a shady little green force-sensitive non-human character was able sign up for a fascist organization such as the imperial navy and even make it onto the roster of a squadron assigned to one of the most prestigious and renowned Star Destroyers is beyond comprehension. Jedi mind tricks might have played a role.

As far as trivia goes its actual truth content is always hard to determine. But the following facts about andr3 just seem to be too plausible not to be true:

The bigger part of TC officers was gathered sitting down in the mess hall in front of the speaker desk. Behind it the TCCOM. Plif demanded to know: "Why ain't nobody applying for these damn Squadron Commander jobs? If you little chickens don't apply, I'll have you stripped off your comfy FL and SQXO ranks and have you keelhauled in no time!" Somebody in the audience mumbled: "What is a chicken?"

A little green hand went up in the air, not very far and barely noticeable. But as so often when "it" did something, people got a hunch something was about to happen and felt compelled to look in its direction. The kid barfed up a turquoise substance straight onto the potato sack it was dressed in. It was like a thousand voices cried out in embarrassment and disgust and were suddenly silenced. Some closed their eyes, sighed and turned their heads back to face the speaker desk. Others just took a deep breath, shook their heads and ignored it. Blackxranger closed the visor of his helmet which acts as Peril Sensitive Sunglasses (TM).

Later that day the little green figure stumbled by its bosses bureau. As it was about to enter, it noticed Delta CMDR LC Highlander's door was cracked a tiny bit open and it could make out some of the words that were spoken inside. "Highlander, your little pet has wrecked countless bombers and fighters. The maintenance crews are furious [... indistinguishable...] too expensive. We have exceeded Hammer's 30 ABY budget by 23% already and it is only November. And now this embarrassment in front of the TCCOM... Did you see Sin is looking for a new commander, commander?" Highlander gasped, but he couldn't get a word in. The other voice rambled on: "I made a decision. I ordered the IO to access its subnet Discord account. They have sent an application to BGCOM VA Marenta. You, Genie and a couple others will send letters of recommendation to her and I will act like I cannot let it go because I have secret plans for it. That should be sufficient bait. The Warrior is full of thugs anyways. Let them deal with it."

The door opened all the way and BGCOM AD Phoenix Berkana stormed out. He didn't even notice the figure that barely reached up to his knees. As the potato sack hopped into LC Highlander's office the kid in it blinked at him. Highlander said with a calm fatherly voice: "Come here you little poop bag, we need to talk."

A few hours later the door of Lambda Squadron's ready room swooshed open. Genie turned his head to look who it was. Seemingly nobody. Then he looked to the floor. A tiny creature with big brown eyes and even bigger green ears looked at him. Under its arm it carried a plant and the Hammer cantina's Roomba cleaning bot kept ramming into its feet, reversed, spun up its electric motor and rammed into the kid's feet again. The kid was unimpressed and kept looking at Genie. Genie: "Solohan, Blackxranger, there's somebody here for one of you fools." Solohan understood immediately: "Do you need a ride, little fellow?" The kid nodded and Solohan heard a voice in his head. "You want me to fly you over to the Warrior? Sure, why not. Let me just quickly put on some pants. I don't want the Warrior pilots to know we don't wear pants in Lambda Squadron." When Solohan's Lambda shuttle smoothly sat down in the Warrior's hangar bay he looked over to the kid and announced proudly: "And the whole not-crashing-and-dying-part, consider it my farewell gift to you."

The kid got to the registration officer at the hangar bay exit. The registration officer demanded: "Enter your name pilot!" The kid levitated itself up to the keyboard and entered: andr3. Eventually andr3 found the Sin Squadron commander's office. It looked deserted and like somebody left in a hurry. The desk was way too big for it. andr3 dropped the plant it stole from the Hammer in the middle of the office and did what little kids and fresh baked squadron commanders do: it wrapped itself in a blanket and fell asleep underneath the desk. 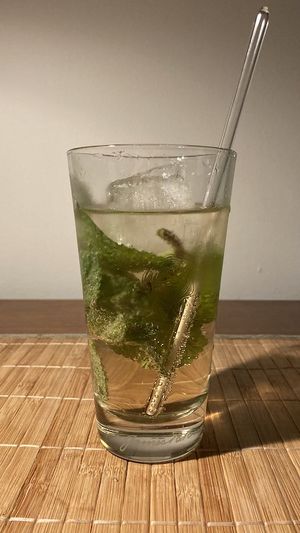