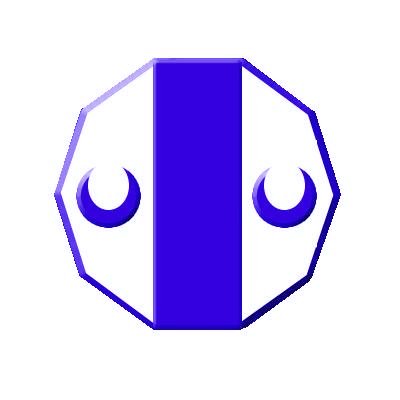 Days Of the Old Republic and Early Empire[edit]

The Alvaak Clan has contributed many fine fighter pilots and command officers to the ranks of the Imperial Navy and has exhibited a strong and loyal military tradition, even during the days of the Old Republic. The family tree of the Alvaak Clan can reportedly be traced back some 538 generations. One of the "Ancient Houses" of the Old Republic, it is rumored that Clan Alvaak even predates the now famous and nearly extinct House of Organa of Alderaan. One of the more notable, recent examples of the ability and tenacity of the Alvaak Clan spirit was during the Kanz Disorders back in the time of the Old Republic. The Lorrdians, the human inhabitants of Lorrd, developed a form of silent communication consisting of facial gestures and 'kinetic communication' while under the yoke of "wrongful slavery". The Alvaaks, having endangered emissaries and merchant guild houses on Lorrd, were the first of the Old Republic forces to respond. A handful of Clansmen Jedi, a precious commodity within the Clan, armed with their distinctive, lengthened purple-hued Lightsabers and well-armed Cloakshape starfighters, held the Lorrdians' captors at bay for 3 days while a Republic Planetary Suppression Fleet made way for the system. This holding action allowed the Republic to capture the slavers almost to a man. The Alvaaks demonstrated their tactical and strategic prowess often in Fleet and personal level engagements. The Clone Wars saw the Clan engaged in dozens of bloody, drawn-out planetary assaults with Alvaak troopers and scouts perishing by the thousands in battles against inhuman clone warriors and droid armies of the various commercial guilds in the Separatist movement. Hundreds of planetary 'drops' and mechanized engagements galvanized the standards for modern ground combat tactics used by the Imperial Army for years to come. A common site in the Senate Hall on Coruscant was an Alvaak noble, pilot, commander, Jedi or warrior receiving a medal or honor as the Clansmen won every engagement in which they participated, despite their own heavy casualties.

Lord Krenn Alvaak, the adoptive father of Stephan Ronin, took command of the Clan Alvaak when his father, Lord Gerulius Alvaak died during a cruiser engagement over the Planet Tammuz-an while fighting Lord Toda during the early days of the Empire. When Senator Palpatine was named Supreme Chancellor of the Republic Senate and the euphoria over Palpatine's New Order was winning over the hearts and minds of Republic Citizens, Clan Alvaak was at the side of Anakin Skywalker (soon to become Darth Vader, Dark Lord of the Sith). The Jedi Purges, occurring beneath the watchful gaze of the Imperial Senate, were sweeping the newly formed Empire of this ancient religion. With the ever-increasing expansion of the Empire, proliferation of new technologies, promises of a New Order in the chaos that was the corrupt Old Republic, Imperial Citizens were enjoying prosperity never before seen. Thus, they cared little for the Jedi Knights, ancient symbols of a corrupt galactic government. Clan Alvaak enjoyed a major resurgence in popularity, wealth, prestige, power and unprecedented mercantile contracts in the new Imperial Court on Coruscant. It is said that Lord Krenn Alvaak had the ear of not only Darth Vader, but the newly named Emperor Palpatine as well. There are even rumors that the noble Clan Lord, Krenn, and the Emperor made plans for Ronin's future destiny, years before he would enter the Imperial Academy on Coruscant.

As a child, Ronin remembers Darth Vader, visiting Corellia and the Great Clan Hall. Lord Vader and Krenn would often spar with their Lightsabers and study the ways of the Dark Side. Following Vader's fateful battle with Obi-Wan Kenobi, he longed for a partner other than the reclusive and often pre-occupied Palpatine. A fellow Dark Side Jedi Knight, Krenn, eagerly filled the role. Although never instructed personally by Vader, Stephan was personally tutored by his father in the mystical ways of the Dark Side of the Force. In fact, Krenn Alvaak had, unbeknownst to Vader and Palpatine, created a small cadre of outlawed Jedi Adepts and Knights to help defend future Clan interests. Krenn simply referred to these elite warriors as the "Clansmen". Their distinctive, overly-long, purple-hued Lightsabers were a sight to behold, modeled after an early design of the ancient Jedi weapon from the early days of the Old Republic. Prior to entering the Imperial Academy, Ronin and dozens of other lesser, Force-capable noble Clansmen were sparring and competing with these Dark Jedi, learning their weapons and ways.

The still young Stephan Ronin took command of the Clan "In Absentia" when his father, Lord Krenn Alvaak, perished during the Battle of Yavin while aboard the first Deathstar. He had been requested to come aboard for a series of personal demonstrations and meetings with the new Grand Moff Tarkin. Eagerly seizing the opportunity to gain some insight as to the economic mind of the Emperor following the dissolution of the Imperial Senate and perhaps a few lucrative military supply contracts, Krenn Alvaak rushed to his own doom. Ronin received word of his adoptive father's demise just prior to his first assignment aboard the FRG Inamo. Crushed at hearing of the death of his father, Ronin immediately notified the Clan Proconsul to begin preparations to move the Clan Hall to the Outer Rim and await his orders. It took a mere 6 years for Ronin to be named a Grand Admiral and have sufficient personal resources to move the entire Clan Hall to the Outer Rim from the Inner Core.

With the Emperor's Hammer's resurgence in the Outer Rim Territories and Ronin's adoption of Aurora Prime in the Aurora home system as his new capital, the Clan system of Dark Jedi government has been reinstated. Thus, GA Ronin, has called for the Clan Crest to be moved to Aurora Prime in his new Palace in New Imperial City. Since the Rebellion victories at Yavin and Endor, Clan Alvaak had spread its once immense resources to various hidden systems throughout the Inner and Outer Core. Although fragmented, the Clansmen Dark Jedi clamor for the chance to strike at their former enemies, the New Republic. Hundreds of engineers, artists, politicians, nobles, warriors, pilots, Dark Jedi and others have heard the call and have already begun the arduous journey to the hidden star system via passage with various smugglers and free traders. Although rumored to be a native of Sif, a world which Ronin holds dear to his heart as his birthworld, Aurora Prime more suits his purposes for the Fleet.

The New Days of the "Lost Clan"[edit]

With the continuing and growing responsibility of commanding the Emperor's Hammer Strike Fleet, Ronin decided to step down as Consul of Alvaak after many years in command. Taking his place was Proconsul, Keiran Idanian. After Keiran Idanian became consul of Alvaak, a new position was instituted for Grand Admiral Ronin, the position of "Overlord of Alvaak". This position allowed Ronin to be the primary authority figure in the clan, but not require him to manage the day-to-day operations. He has retained the right of final decision on all matters related to the Clan and can overrule the consul or proconsul. The position of Consul of Alvaak is sought after because, even now, there have only been a few consuls. One thing that will never change is Ronin's presence, because in the end, Alvaak is his Clan.

In time, Keiran Idanian developed a policy allowing "new" Dark Jedi Houses to be born within the clan, something that had been lacking since the great clan period when former houses such as House Satal Keto left to strike out on their own. The new Royal Houses that were first inducted into Clan Alvaak were House Ronin (representing the Sith), House Dominatus (representing the Krath) and House Auctoritas (representing the Obelisk).

Keiran's duties as Reconnaissance Officer became more onerous and soon he could no longer devote much of his time to holding Consul of the Clan and so he appointed his Proconsul, Warlord Tron Sadow, a former Consul of Clan Naga Sadow, to replace him as the new leader of the Clan along with Overlord Ronin.