Lieutenant Colonel (LC) is the third-highest line rank in the TIE Corps.

Members of this rank are typically Squadron Commanders. It was also common for Wing Commanders to hold this rank, but the position is currently out of use.

Promotion to this rank is achieved by time in grade, but the promotion is only awarded at the discretion of the member's superiors. 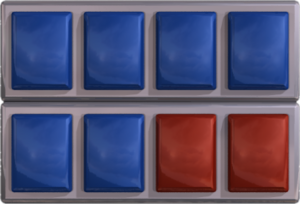