Born a child of great privilege, Task was raised by a bevy of household servants on the Outer Rim planet Sullust. Due to the planet's barren, lava-strewn surface, the Task family resided in a massive underground mansion disconnected from the surface. The Tasks were members of a small ruling class of humans among the Sullastan majority, and the the boy's social interactions were limited to those under his family's employ. Task was not allowed to meet his father, a high-ranking executive of the SoroSuub Corporation, until his fifteenth birthday. Growing up in the darkened depths of a Sullustan cavern had lasting effects on the young boy; his skin and hair grew unnaturally pale, and he developed an uncanny ability to see in low-light conditions. 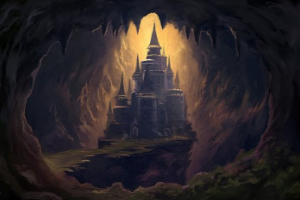 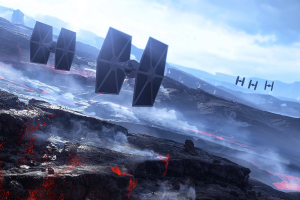 Task trained in the TIE/ln on Sullust.

Task's favorite pastime was touring the Outer Rim in the family's SoroSuub Personal Luxury Yacht 3000, the Obsidian Pluck. His family's wealth and status afforded Task plenty of opportunities to travel, and soon his dreams turned toward the stars. With the Galactic Civil War underway, Task was enamored with the exploits of the Empire's greatest TIE pilots. Task was determined to become the next great starfighter ace, and he enrolled at the Sullust Sector Spacefarers Academy. During the reign of the Emperor, the academy had risen in prestige. Graduates included future Grand Moff Wilhuff Tarkin. Despite a sub-par performance in the entrance test flight, Task began his studies in earnest at age sixteen.

Task showed great promise in his practical studies, but he lacked any great piloting skill or talent. Training in the TIE/ln, Task was outflown, outgunned, and outsmarted. The disappointments forced Task to adjust his vision of the future shifted; he now envisioned himself at the helm of a great ship, not a "measly snubfighter." He turned his attention away from his studies and focused on making connections among the academy's staff and instructors. Despite his deficiencies as a pilot, Task networked his way to an appointment aboard an Imperial Star Destroyer pending his matriculation from the academy.

Task's academy peers decried the appointment and derided the Sullustan for what they saw as his misplaced faith in bureaucracy. But Task had found a way to achieve his (albeit adjusted) dream. His graduation from the academy was controversial as it coincided a generous donation to the Academy's mainline fleet at the behest of his father. Task prepared to say goodbye to Sullust for his first tour of duty as a newly-minted Lieutenant aboard the Imperial II-class Star Destroyer Judicious.

Unbeknownst to Task, his seemingly glamorous new appointment to the Judicious would be less than glamorous; LT Task would lead the sanitary crew in the combat personnel living quarters, the lowest section of the ship in more ways that one. Worse, perhaps, was the fact that the Judicious was assigned to the Sullust system and typically kept a low orbit around Sullust itself. Even worse than that, perhaps, was the fact that many of the over 9,000 officers on board were graduates of the Sullust Sector Spacefarers Academy, and Task's reputation had preceded him. Perhaps worst of all was that a number of the 27,850 enlisted personnel had at one time been employed (and released) by Task's father at the SoroSuub Corporation. Added to that was the fact that the cleaning 'freshers on a Star Destroyer often fell to the junior officer. Task was far from living his dream. 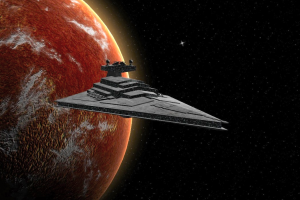 Task's first assignment was aboard the ISD Judicious. 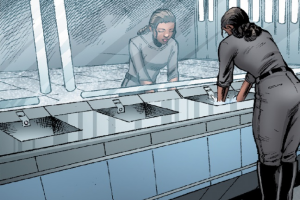 But like he had done before as a failing pilot at the academy, Task began to make connections. He studied schematics of the Judicious and endlessly reviewed the ship's chain of command. With these two texts in mind, he synthesized a plan to work his way up, both figuratively and literally. Task filed his paperwork early and often; when his men failed to meet his specifications, he did the job himself; when extra duties were prescribed, he grabbed them with open arms. Soon, Task was leading the sanitation crew in the crew's living section. Within months, he had earned a promotion to lead the sanitation team in the detention center. And by greasing a few extra palms, Task was eventually appointed to head the sanitary squad in the officers' row.

The appointment to the most important sanitary assignment on the Judicious only whet Task's appetite for power. Soon, the newly-promoted Captain was finding excuses to enter the systems control and command sections of the ship. Under the auspices of "cleaning recon," Task tampered with the small 'fresher on the bridge to make it appear dirty and ill-maintained. The bridge's cleaning crew was summarily terminated, and Task was summoned to the Commodore's office. Task was certain that another promotion was in line, and he was only slightly concerned that his tampering had been discovered. But Rear Admiral Blurk had something else in mind. Task's exploits had not evaded the admiral's notice, and neither had his reputation. Blurk, a veteran of the Galactic Civil War, recognized in Task something of himself; namely, endless ambition and a safe dose of cut-throat desire.

Admiral Blurk appointed Task to oversee one of the ship's stormtrooper transport groups, Omega Squadron. It was the first flying assignment in Task's career. He found the Delta-class DX-9 transports surprisingly difficult to pilot, and the Stormtroopers were no assistance with their whooping and taunts. Task installed a unique practice to limit his personal flight time; he required pilots would fly the same unique craft each mission. Somehow, Omega 1 always seemed to be in the repair bay.

Despite his absentee leadership during missions, Task proved to be an astute leader at his desk duties. His reports were timely and concise. His men reported high morale, and Omega Squadron posted impressive numbers in each engagement. Task understood the strengths and limitations of the Delta-class DX-9 transport, and he recommended unorthodox tactics to his pilots that paid dividends in the often long and tedious missions Omega Squadron regularly faced. In practice, his only leadership fault was his inability to figure out what was keeping Omega 1 grounded for extended periods of time.

After seven years of service as Omega's Commander, Admiral Blurk disbanded the squadron. Stormtroopers were becoming harder and harder to find, and keeping a squadron of transports dedicated to them made little sense. Blurk decided to keep two on board the Judicious, and of course he requested his trusty Squadron Commander to remain on staff as the lead pilot. For Task, the charade was over. He had no interest in returning to regular flight duty, and seven years in one position had only sharpened his desire for promotion. He envied Blurk and his powers as Commodore. With his former squadron's sterling record in hand, Task did something he had somehow never done before: he asked for a promotion.

The now octogenarian Admiral Blurk remembered Task as the officer who kept the 'freshers so clean ten years prior. The fact that Task had led a squadron of any kind had eluded Blurk. Something about the unnervingly pale and lanky Task, hands outstretched to deliver his most recent report reminded Blurk of his own grandmother. But Blurk could still recognize the ambition in Task's dull eyes. The Judicious had been operating in the Sullust system for nearly fifteen years. Contact with the Core Worlds was spotty and unreliable, and yet the ship's standing orders had remained the same since day one, even after Sullust had fallen to the Republic. Task had no business flying any of the ship's remaining fighters, but he did have a knack for paperwork. Blurk busted the wing's current commander --a former ace pilot-- down to lead on of the TIE/ln squadrons and positioned Task as Wing XVI Commander.

The promotion wouldn't last long. Within months, the Republic had moved a large fleet into the system in an effort to push out the remaining Imperial presence. Blurk's wily strategy kept the Judicious out of the conflict for nearly 18 months before an inevitable battle ensued with a Republic strike force. The ship survived the knock down, drag out fight but lost nearly all of its fighters and support craft before entering hyperspace. What survived was left behind when the ship arrived in the Unknown Regions. With no ships to command and no pilots to fly them, Wing XVI was no more. The Judicious was critically damaged, and all remaining crew disembarked at Teth.

For the next few years, Task kept a low profile in the private sector. He served as the executive officer aboard the C-3 passenger liner Luxurious and later chartered his family's yacht, Obsidian Pluck, in the Mid Rim. Once again, Task was not meeting his lofty ambition to command a Star Destroyer. He used his exceptional networking abilities to seek contacts within the remnants of the Empire. For years he tried to peddle his experience for another opportunity on board an Imperial ship. Eventually, Task's luck and persistence paid off; his connections yielded an opportunity to serve with the Emperor's Hammer Strike Fleet. Seemingly out of nowhere, Task has landed in yet another remarkable leadership position.