Family Status: The only child of the Kroan family, an upper-middle class family on Tatooine, Kyle has been raised in minor luxury. His parents were not wealthy, but Laar's starship-fuel refining facility (probably the only one found on Tatooine) provided enough money that the Kroans never had to worry about basics, such as food and drink, shelter, or clothes.

Significant Adult Events: Arguably the most significant event in Kyle's life was the day he signed up for duty in the Imperial Navy. The technology of the TIE fighters amused him greatly, and although he did not necessarily agreed with everything the Empire has done, he believed that all living beings in the Universe needed a strong hand to lead and guide them.

Character Traits: Kyle has an improved sense of justice and righteousness and is very keen on protecting innocent lives. He likes to study, especially about technological/electronical topics, and he is very good with various firearms. He is famous for being stubborn and hot-headed, a feat that wasn't always appreciated by his friends and acquaintances.

Previous Employment: Before transfering to the Emperor's Hammer, Kyle served in the main fleet for a few months. Because of his constant urge to repair, update and correct anything and everything he seen as broken or outdated, he got the nickname "Fixer" from his wingmates. However, not everybody was happy about his enthusiastic behavior: some of Kyle's superiors were outraged when they got corrected multiple times by a simple grunt, even though Kroan always proved that he was right by citing field manuals and various regulations. This attitude, however, paired with his occasional and miraculous inability to properly aim at civilian targets, made him stuck at the rank of Flight Cadet, and eventually earned him a transfer to the much stricter Emperor's Hammer. 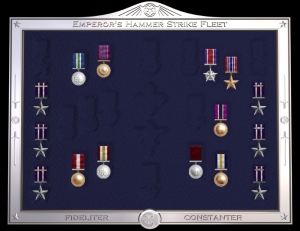 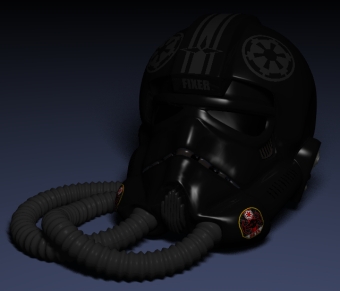 Ace of the TIE Corps: