Wolfverine has been with the Emperor's Hammer since 1997. He is presently a Flight Leader in the Theta Squadron within the TIE CORPS and a Jedi Hunter and Battleteam Member of the House Drakonan within the Dark Brotherhood.

Bane Worlfverine is a near human (part etti and human), Born in Etty IV within the Corporate Sector. Coming from a wealthy family whose father an etti, was one of the executive members of the Cybot Galactica Corporation. He had two sisters and a brother all younger than him. His mother human stayed home to take care of the children. As a young child until his teens he always worked closely with his father, where he met many different people including the Empires pilots and high ranking officers. He was always fascinated with the way the military carried themselves and how confident they looks when discussing matters of importance. This in turn made him join the naval academy.

During his time at the academy, he developed the unique skill of foreseeing what his opponent would do next. He was approached by one of his professors, who was part of the Brotherhood of darkness. He slowly developed his skills as a young Jedi. He continued to excel at the academy, where upon graduation, he was given the chance of a lifetime to choose his posting within the Dark Brotherhood Flagship, SSD Avenger and served as a member of Stalker Squadron.

He continued to learn through the ways of the Dark side and improve his skills as an imperial Pilot and a Jedi. Proving to be very strong and successful, he went up the chain of command fast within Stalker Squadron, was promoted to the rank of Captain at the age of 25 and became a notable Squadron Commander.

After a few years and the news of his parent’s illness, he requested a leave of absence from the Wing and with a suitable replacement plan, he was able to leave. Although it would not help his career, he took over the Empire projects and set a foothold within the Corporation Sector and took over the caring of the family.

After nine years of managing the family accounts and caring for his younger siblings, he returned to the Imperial Navy. With much surprise, lots had changed. Everyone he knew was no longer there (Due to the great Dark Brotherhood Revolution). Not even the young pilots he once commanded and taught were there. He was stationed in the new pride of the fleet SSSD Sovereign. Although still able to keep his rank and military records, he was given the position of Flight member with Alpha Squadron (3-2), where he served with great pride until promoted to the work of Flight Leader of Flight III (3-1).

On Christmas eve, he was promoted to Vice Admiral as the Internet Officer within the Command Staff of the TIE CORPS until April 2008.

He took a leave of absence and transferred to the reserves for six years. He returned to the Tie corps in July 2014, where he became a member of Sin Squadron. Due to personal obligations, he had to return to the reserves after six months and six days.

As things finally settled for Wolfverine, he returned to the TIE CORPS as Flight Leader of Theta Squadron. 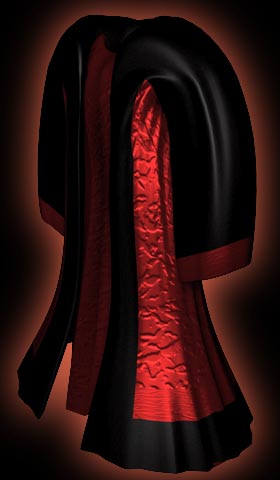 During that time he also followed his love of the dark forces as a young Jedi and was recruited within the House Acclivis Draco, Clan Scholae Palatinae. He went up to the rank Jedi Hunter. There he was given the opportunity to lead Pandragon Squadron as its CMDR for the Dark Brotherhood. During his tenure, there were lots of conflicts and battles fought. He lost good pilots, jedis and soldiers during that time.

Lots of turmoil and changes happen during his nine year absence. Upon his return, he was able to meet the Master at Arms and prove himself to them that he was a great candidate and gave him a chance to prove himself once more. Once again, Wolfverine showed his skills have not diminished and was quickly assigned to Clan Arcona under the House of Oriens Obscurum within the Purgatory Battleteam. There he served as a member and again proved himself to higher and was shortly given the position of Battleteam Leader.

He took a leave of absence after serving over 5 months as Leader and returned a few years after as Battleteam Member and was assigned to House Drakonan where is presently serves the Dark Brotherhood.