Keth D'Jek joined the TIE Corps in August of 2007 where he started his training to become a pilot in the Imperial Navy. During this time Keth felt something tugging at his heart. A month into his training Keth realised that the pull at his heart, was the call of the Dark Side, Keth then left the TIE Corp Training Platform and went to the Dark Brotherhood.

After serving in the Dark Brotherhood and attaining the Rank of Guardian Keth came back to the Tie Corps, completed his flight certification with the ease born of his limited control of the force, and requested a transfer to Blue Squadron aboard the MC80B Redemption to serve under his long time friend and fellow Dark Jedi Myn Donos.

After approximatley half a Galactic year of service aboard the Redemption Keth was picked up by Vice Admiral Starret who was the current Communications Officer to be his new Command Attache, this resulted in Keth being promoted to the rank of Rear Admiral and transferring to the SSSD Sovereign.

Keth Joined the Dark Brotherhood on the 17th of September 2007, He Quickly passed his Training program and elected to join the Apocalypse Battle Team, House Oriens Obscurum, Clan Arcona. Keth spent 2 days as a Novice, and after Excelling in his early training was promoted to Acolyte, after 4 months as an Acolyte in the Dark Brotherhood until DA Dante took Keth on as an Apprentice and Keth was granted the rank of Protector. Keths Master was then expelled from the Order leaving Keth pondering what to do next.

The then QUA Apophis Kuma took Keth under his wing as an Apprentice and made Keth the A-QUA of House Oriens Obscurum where Keth is currently doing his tour of Duty as an A-QUA and is continuing his stuides to become a Guardian.

Keth has succeeded in distinguishing himself with good behaviour and consistent service in the Brotherhood and has become the Praetor to the Head Master of the Shadow Academy and one of the driving forces in House Oriens Obscurum.

During may of 2008 Keths Master Apophis Kuma, took his leave of the Emperors Hammer for unknown reasons leaving Keth stranded in the middle of his teachings for the MSP.

Despite being stranded in the middle of his training, Keth stuck with it and was soon awarded the Quaestor Position of House Oriens Obscurum and granted the prestigious rank of Dark Jedi Knight. After his promotion Keth created his red bladed lightsaber and christened it 'Rakash', Keth now leads House Oriens Obscurum with Elwood the Brave and Angelus at his side and Rakash in his hand.

After a time, the Grand Council decided that it was time to disband the Houses and Clans of the Dark Brotherhood and replace them with smaller units, called Hetaeriae. During this re-organisation, Keth was placed in a HET with most of the old members of his previous House. After a period of anonymity the HET was named Validus.

Keth D'Jek joined the Directorate during his time in the Dark Brotherhood, after quickly passing his studies at the Governers Academy, Keth was assigned to the ice plant Ghenna. While stationed on Ghenna Keth attended a convocation which was attacked by Terrorists and was part of the team that lead a counter attack which resulted in the deaths of all the terrorists. After taking a leave from the Directorate to finish some projects with the Dark Brotherhood Keth returned and was made the Governer General of Ullyr. At this point Keth was granted the Rank of Knight (KGT) and given the honorific title of Sir, making him Sir Keth D'Jek.

A Few months after his promotion to Knight, the then Education Minister Janta La'an retired and Keth was chosen to take her place on the Ministry Council. This resulted in Keth moving his base of operation from Ullyr in the Phare system to a Ministerial residence on Aurora Prime.

Born 26BBY, Keth D'Jek doesn't know much about his family, he knows they lived on Corellia somewhere, but has no Idea what their real names are. Keth was kidnapped at the age of 6 given the name Keth D'Jek and raised by a militant pro-imperial family. During his childhood Keth was severely beaten by his family and quickly learned to defend himself, though through years of abuse, Keth has become dull inside, he has lost almost all emotions other than Joy and Hatred.

Keth joined the Imperial Navy in the year 7BBY at age 19, Keth had already developed an undying hatred for the rebellion as his family that he had slowly grown to respect had been murdered by Rebel spies for being "spies for the empire", The only response Keth knew to this was to have revenge. Keth has dedicated his life to tracking down rebels spies and mercilessly dealing death to all those who shelter or support the Rebellion.

Keth left the imperial navy because during his training he felt that they were not doing enough to further his own personal vendetta against the republic. He felt they were putting sympathisers on the front lines instead of putting people, like himself who had definite aptitude for flying ships on the frontline, where the fighters can be coupled with rage and hatred.

Keth Excelled in his hand-to-hand combat classes and is a fine swordsman, few at the imperial navy academy could best Keth with hands or blade. Keth was a moderate shot with a blaster and blaster rifle, but he does not use them often as he prefers to be close to the person he is engaging and feels that blasters are not personal enough.

After Keth left the navy, he joined a militant civilian cell that was working to undermine rebels activities on Corellia. After single handedly murdering 15 rebel sympathizers, an assassination attempt was made on Keths life. Keth had Managed to secure a meeting with low level lieutenants in Rebel cells and was on a hunting trip when they turned on him. Keth managed to kill one of them , but was forced to flee. Because of these actions there is now a price on Keth's head throughout the New Republic, he is a marked man and proud of it.

After his brief stint with the civilian Cells Keth ran into Myn Donos who pointed him towards the Emperors Hammer Strike Fleet, and Keth Signed up and started training on the Daedalus Training Platform until he felt the pull of the Darkside and joined the Dark Brotherhood, where he has found his true calling.

In the Dark Brotherhood Keth has served in Clan Arcona under SBM Elwood the Brave, and the under DJK Apophis Kuma.

Keth has also recently been appointed as the Pontiff of the Clan Arcona History (C:ARC) course, the House Qel-Droma History (C:HQD) and the History of the Galactic Republic (H:GR) course, Keth has also been made the Praetor to the Head Master Farrin Xies. 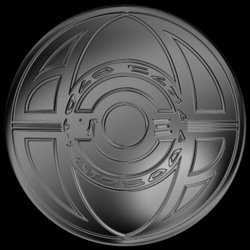