Major SkyShadow is currently the Squadron Commander of Sin Squadron on the Imperial II-class Star Destroyer Warrior. He has held this position since November 26th, 2021. Prior to this position, he was Executive Officer and Flight Leader of Sin Squadron. He is the COOP Ace of the TIE Corps 2021 and also serves as Assistant to the Internet Officer.


He is well known for his efforts in the development of the TIECorps Tailoring Tool 3 (TTT3), a modern platform for generating Emperor’s Hammer member uniforms. Although a team effort, it was only through SkyShadow’s initiative that the project was started in the first place. SkyShadow served as the lead coder on the project, ultimately responsible for more than 95% of the coding within the application. Before coding could even take place, he performed significant analysis and reverse-engineering of the uniform system to determine how it could be re-implemented in the new code. Along the way, SkyShadow’s willingness to accept and implement feedback and suggestions has resulted in a tool superior to its predecessor.

For his efforts in the development TTT3 project he was awarded the Grand Order of the Emperor, becoming one of the lowest ever ranking recipients of the award at the rank of Lieutenant Commander.

A prolific PvE pilot, he is also only the seventh person in TIE Corps history to have achieved the COOP/PvE rating of Top Ace Ranger.

SkyShadow joined the Emperor's Hammer prior to 26th May 2001 and started his piloting career as a Flight Member for Tempest Squadron aboard the ISDII Challenge.

After a short tour in the reserves, he returned to active duty as a Flight Member for Inferno Squadron aboard the ISDII Challenge.

A further tour in the reserves saw SkyShadow return to flying duties as Flight Leader and promoted to Lieutenant Commander serving in Pi Squadron aboard the ISDII Colossus before transferring to Iota Squadron as a Flight Member aboard the same ship when Pi Squadron closed.

After a substantial 15-year career break SkyShadow returned to the TIE Corps on 14th April 2020 as a Flight Member for Beta Squadron aboard the ISDII Hammer. Within 3-weeks he advanced to Flight Leader where he later earned an opportunity to command Epsilon Squadron also aboard the Hammer.

Transferring to Sin Squadron aboard the ISDII Warrior as a Flight Member in spring 2021, he steadily rose through the ranks, achieving promotions to Commander and then Captain while taking on the Flight Leader and Executive Officer roles within the squadron. He continues serving in Sin Squadron as CMDR to this day where he has further been promoted to the rank of Major. 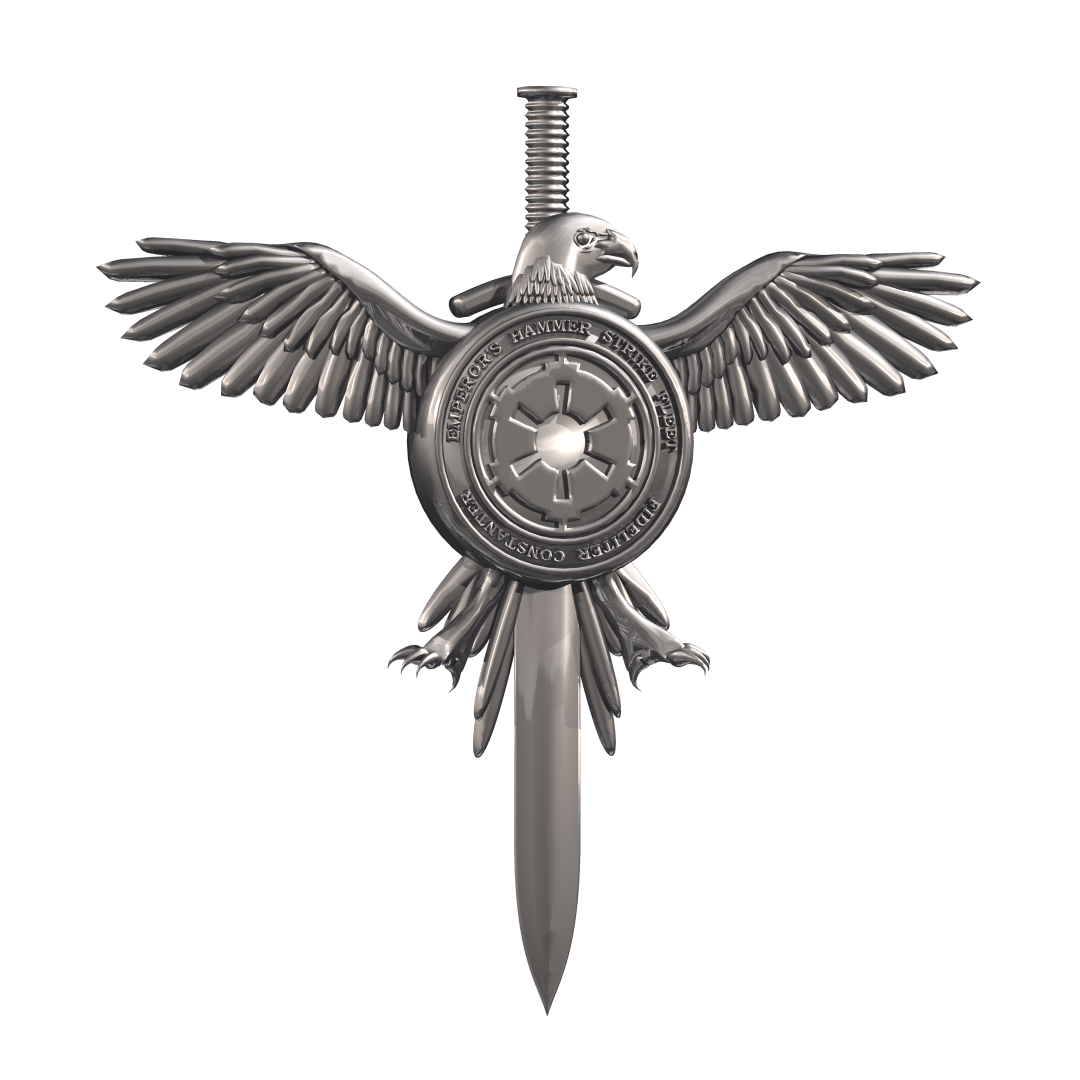 The Grand Order of the Emperor

Intriguingly, there is very little personal information in-service, or prior, relating to SkyShadow available at the classification level of this article. It is thought that SkyShadow was an accomplished slicer before joining the TIE Corps and that his skills were soon identified at the academy. SkyShadow frequently makes use of unmarked shuttles destined for the VSD Stalwart which may suggest involvement in other clandestine projects.

On the right, you can see Major SkyShadow's uniform. He wears this uniform with pride to show his support and dedication for the Empire.