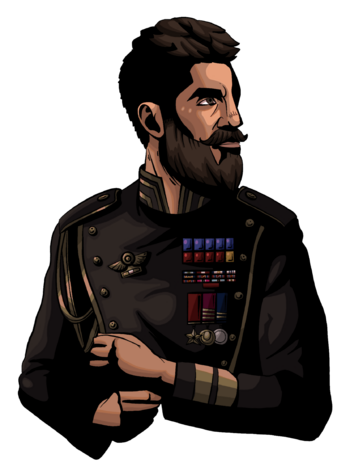 Sylas Pitt was born on Brolsam 6 ABY, the child of two retired Imperial Officers. His father, Baern Pitt, was a Stormtrooper General. His mother, Rika Pitt, was an Imperial Navy Officer. Baern and Rika owned a small farm in an obscure village, where they had hoped to raise their son, away from the conflict that shook the galaxy. As hostility towards the Empire grew, Baern sold their farm and moved to a different village, on the far side of the planet, to begin anew. Resentment towards any Imperials, current or retired, was becoming a very real danger. With the signs of danger in every direction, Baern and Rika began to save what credits they could to leave Brolsam.

In 8 ABY, Brolsam was siezed by New Republic forces, causing an uproar around the planet. New Republic supporters began rounding up and imprisioning Imperial Officials and sympathizers. Baern Pitt was one of the many Imperial casualties, giving his life so that his wife and son could survive and escape. 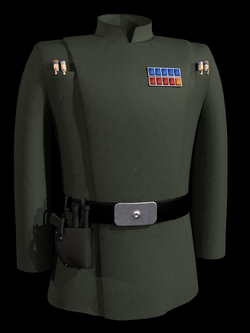 After their narrow escape, Rika and Sylas Pitt stowed away in smuggling ships, carefully making their way to Coruscant, the very heart of the New Republic. Here they hid in plain sight, deep within the lower bowels of the city, creating a modest life. Rika set up a small convenience store, where Sylas spent most of his days, making deliveries and helping with the general finances of the store. 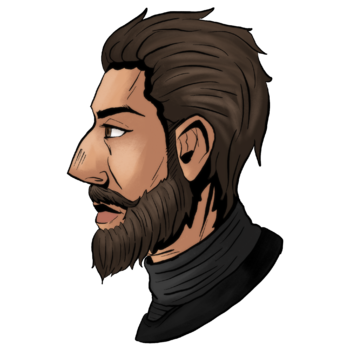 Maintaining a low social profile on Coruscant was not easy, however the Pitts were able to find other Imperial refugees hiding within the city, with whom they were able to socialize without fear of persecution. Many supporters of the New Republic held grudges against all Imperials, even those no longer participating in the ongoing conflicts. When an Imperial was exposed in the city, they were never heard from again. With this in mind, the Pitts and their circle of associates strategically banded together to keep eyes and ears out for possible rumors or suspicions of fellow Imperials with the hopes of reaching and helping them before the dogs of the New Republic got to them.

Within this group, Sylas met a young human that would eventually become his closes friend. For the sake of keeping his Imperial identity a secret, he refused to go by anything other than Badkid312. Badkid312 was the only person, aside from his mother, with whom Sylas confided his wishes to leave Coruscant and explore.

In 28 ABY, at the age of 22, Sylas ventured out of Coruscant, usually as a stowaway on New Republic ships. As the ships docked in different systems, Sylas was able to explore and interact with the locals nearby, gaining information as he went. During a stop on Corellia, he learned of a splinter group of Imperials who called themselves The Emperor's Hammer. Asking further, he discovered their headquarters, Aurora Prime.

Knowing that the New Republic ships wouldn't carry him that far, he remained on Corellia for a few months, working and earning enough credits to pay for private transport. He slept outdoors and worked every single day to save as much as possible, sparing only a few credits to feed and sustain himself. Once he had enough credits, he was able to pay off a small trade ship for a direct flight to Aurora Prime.

In 29 ABY, at the age of 23, Sylas enlisted with the Emperor's Hammer TIE Corps. Attending the Imperial Weapons and Tactics School (IWATS), he dedicated all of his energy to his studies and duties.

Shortly after graduation and assignment, Sylas made great effort to contact his friend, Badkid312, back in Coruscant to tell him about his journey thus far. Upon learning about The Emperor's Hammer, Badkid312 went through great efforts to follow in Sylas' path. After a few short months of travel, the two friends met again on the surface of Aurora upon Badkid312's arrival. Both friends have been pushing each other through their academics and training to become better pilots.

After completing his training at IWATS, he was assigned to Firebird Squadron. At first, Sylas was disheartened with his Squadron assignment. He had dreamed of serving the Empire and trained tirelessly in the academy to fly TIE fighters to his best ability. In this Squadron, however, he was assigned to fly New Republic ships, specifically a Y-Wing Bomber. Sylas had sworn to himself to tear apart and sabotage any New Republic ships he came across. Adamant at first, Sylas reluctantly learned the ropes, eventually beginning to appreciate the shield technology that the TIEs lacked.

With his training complete, Sylas has dedicated most of his spare time studying the vast history of the galaxy as a whole. From the roots of The Mandalorians to the most recent events. Sylas has held an unhealthy fascination with understanding historical events, learning where mistakes were made, and where strategies could be improved.

Less than a year after his inauguration into the TIE Corps, Sylas received an offer from Thunder Squadron Commander, LegionX. Thunder Squadron had been suffering from a lack of both activity and Flight Members. Sylas noticed that Firebird Squadron had a full roster, and accepted Legion's offer, all in the name of assisting his fellow Shipmates. 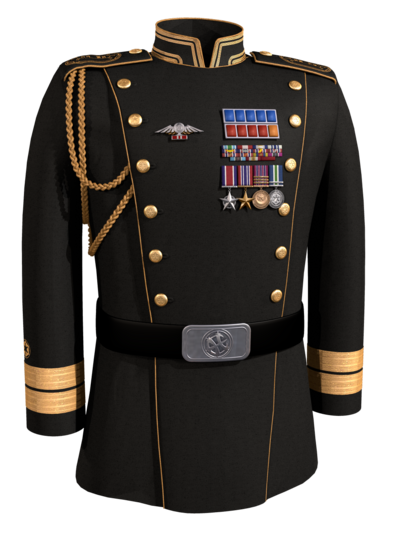