Plif is currently the TIE Corps Commander of the TIE Corps. He is also a rogue Dark Jedi holding the rank of Sith Battlemaster.

Some of the leadership roles that Plif has occupied in the Emperor's Hammer:

Medal of Honor
"Over the last 2 years Plif has led the Tie Corps bravely, honorably and with great respect for what it is and what it will become. Putting up with a database rebuild (that was necessary) and my occasional input (sometimes unnecessary) he has been exemplary in the performance of his duty. For this and many other things he rightly deserves the Medal of Honor. I look forward to what you have for us next." - FC/GA Rapier

Imperial Cross
"For his outstanding service as SOO FA Pete Mitchell has recommended Plif for the Imperial Cross and I completely agree... congrats." - FC/GA Rapier

Grand Order of the Emperor
“AD Plif has served the emperor with distinction for the past 18 months as Commodore of the TIE Corps Flagship and SOO. Over that time, his exemplary organization, solid ideas, and wisdom has been vital to the success of the fleet. He has been efficient in his duties, run one heck of a trivia competition, and even successfully led an effort to revamp the TIE Corps Core Course. In short, AD Plif has been the best SOO anyone could ask for and more than deserves this small token of my appreciation.” - TCCOM/FA Pete Mitchell

Ch'hala Staff
“This member and I have been clashing for nearly the entire time we've known each other. While we both have vehemently disagreed and unquestioningly agreed, there is no one that can doubt his loyalty and dedication to the Imperial Senate. He has served as a Chairman, the Deputy Chancellor, Precentor Martial, and as an Aide. Senator Plif, for his long two years of service, is also awarded the Ch'hala Staff.” - CHS Belzedar Sleygar

When he returned to TIE Corps active duty in 2014, Plif turned in his Colonel badge in exchange for the rank of Captain, the last line rank he'd earned before being promoted to Vice Admiral. He felt that earning Colonel the "right way" would be a worthy goal to set in coming back and reached Colonel again on May 27th, 2015. 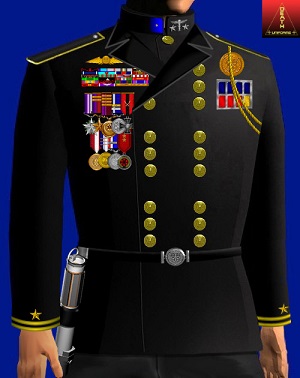 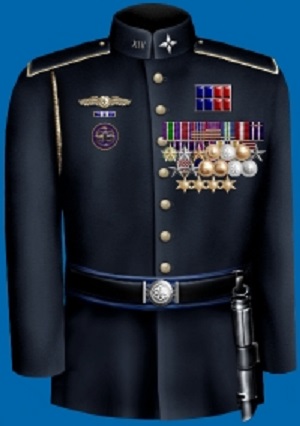